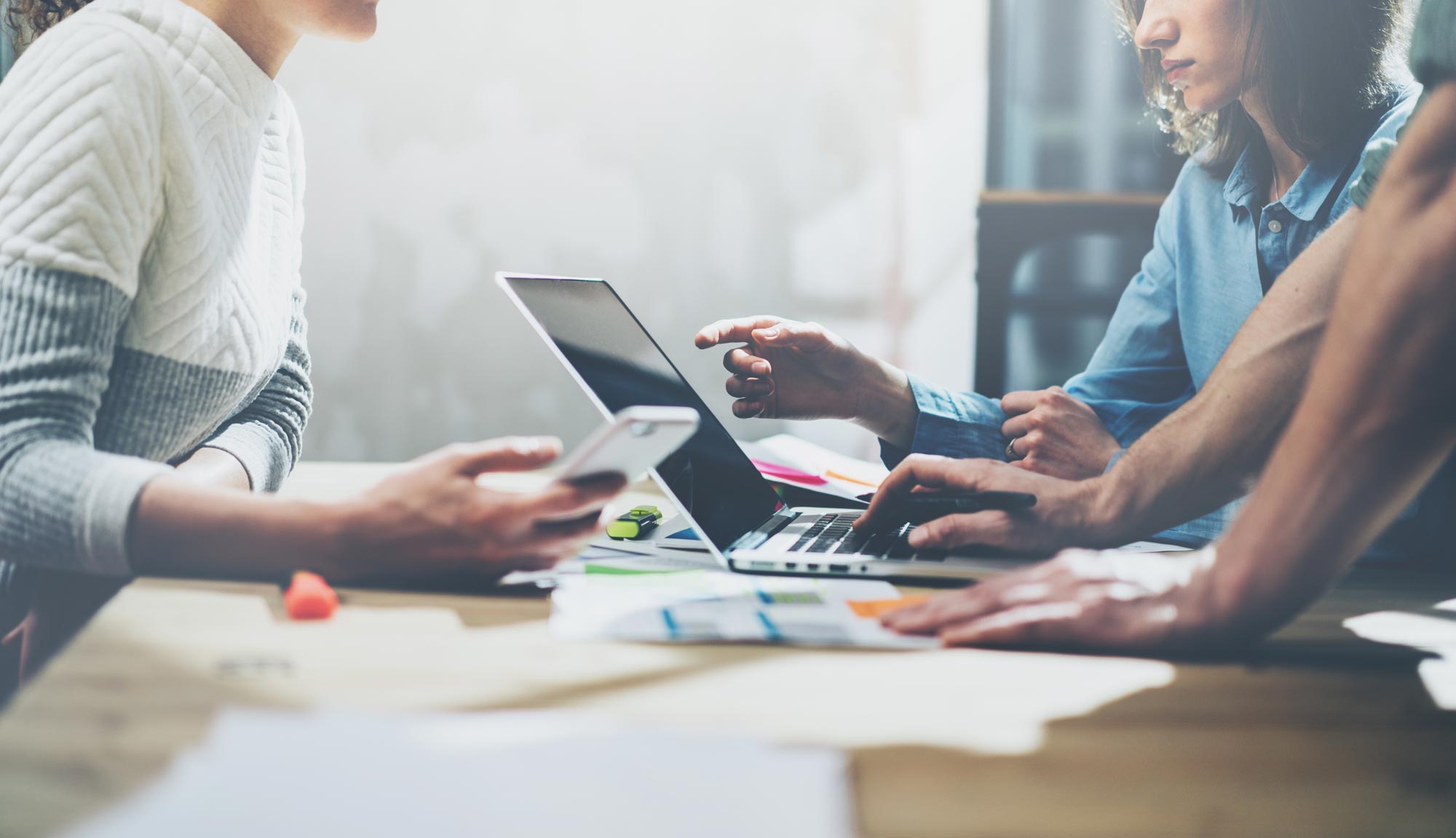 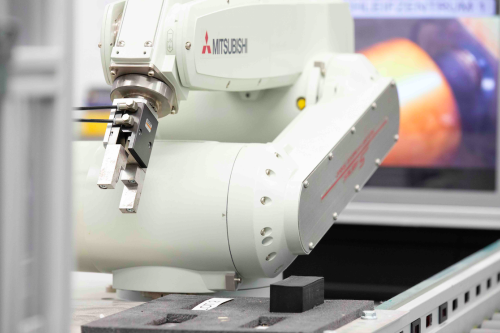 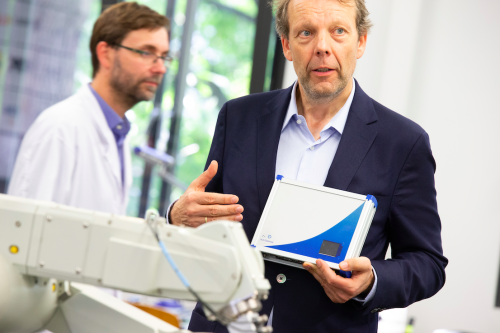 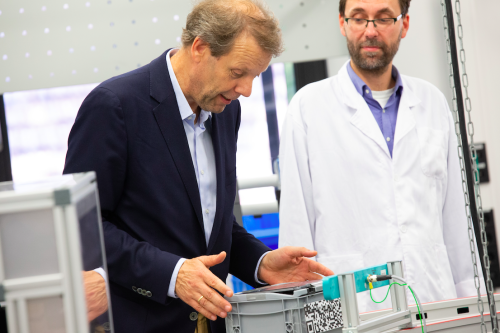 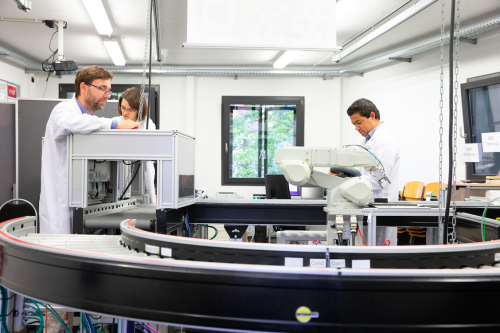 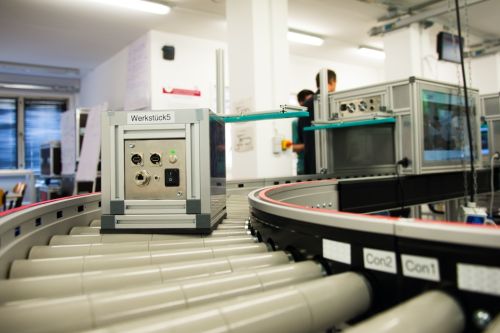 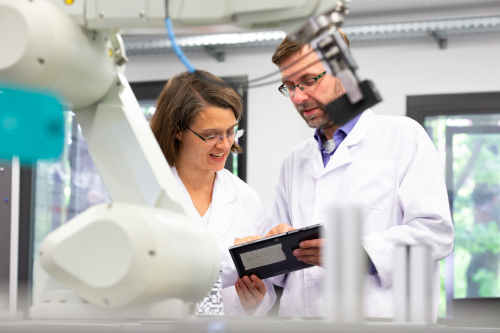 Forgetting needs to be learned

If you want to do something new, you sometimes have to leave the old behind. Researchers from Bochum are investigating how the mechanisms of forgetting can be made useful in the working world. To do this, they use the Industry 4.0 Research and Application Centre ("Zentrum Industrie 4.0") developed at the University of Potsdam.

It is a scenario that probably happens in this or a similar way every day in factories and companies: A new machine is installed on the production line. The people who work here have to adapt, learn new procedures and processes and apply them - as error-free as possible. Whether on the assembly line or on the computer - the everyday working life of many people is changing enormously, also and especially in the course of digitalisation.

At the Ruhr-Universität Bochum, researchers in business psychology are experimentally recreating such situations and imitating the production line of a factory in the "Zentrum Industrie 4.0". In this learning factory, test persons regularly slip into the role of workers who are to manufacture knee prostheses in precisely defined work processes. The astonishing thing: The environment is so realistic that the participants often imagine themselves in a real factory and as part of a real production process.

Nevertheless, the track, which was originally developed by business information scientists at the University of Potsdam and is equipped with a robot arm, assembly line and digitally operated devices, is an illusion and a tool of science. The test persons are closely observed while they fill out delivery notes, operate various machines via touchscreens or measure the products they have just manufactured, which appear on a display as a simulation. During the test, which lasts around one hour, every move, every eye movement and every word is recorded and analysed.

The experiments here are part of the priority programme "Intentional Forgetting in Organisations" funded by the German Research Foundation (DFG), in which 13 universities are involved. Eight research stands investigate very different aspects of human forgetting from their respective specialist perspectives. The research teams around the business psychologist Prof. Dr. Annette Kluge from the Ruhr University Bochum and the business information scientist Prof. Dr.-Ing. Norbert Gronau from the University of Potsdam form such a research stand. Together they are investigating how changes in everyday working life can be successfully mastered and what role forgetting work routines and habits plays in this.

"Forgetting tends to be viewed negatively by society in general," explains business psychologist Arnulf Schüffler, who is supervising the experiments in Bochum." From a psychological perspective, however, forgetting is just as important as learning. Those who want to change their behaviour not only have to learn the new, but also forget the old. The problem with this is that as soon as one or more cues act on someone, the learned routine behaviour is activated. The brain switches to autopilot. Objects, places, times or people - all of these can be clues that trigger a certain learned behaviour. Researchers are modifying these cues to find out which of them have a particularly strong influence on whether people fall back into old routines.

In the memory experiments of the simulated production line, the test subjects' first concern is to produce as quickly and accurately as possible. There are many detailed instructions for this, which each of the participants should follow as closely as possible. At the second appointment a few weeks later, however, the test persons learn that the owner of their company has changed. Suddenly, completely different specifications and quality standards apply. The learned work routine is now obsolete.

Now it is getting exciting for the researchers. How do people react to changes in production routines, such as those that occur daily in the real working world as a result of digitalisation? How big is the error that occurs because the test persons cannot forget old routines? Experts call this size an intentional forgetting error. "This is the yardstick we are concerned with in all experiments," emphasises Arnulf Schüffler.

The simulated production line offers psychologists unique opportunities to investigate their research questions. "With the Application Centre, we can run industrial processes realistically and at the same time record them with the exact methods of a laboratory," explains Arnulf Schüffler. "This is why the facility is also very interesting for us as a research instrument". The fact that the test persons can move freely and at the same time record all behaviour, including eye movements and human interactions, is a very interesting research tool for us.

The Bochum researchers are now using the data to identify those factors and cues that were associated with particularly low or particularly high error rates. If the forgetting error is low, the test participants were able to adapt well to the changed specifications and conditions. Conversely, the error rate is particularly high if the test persons cannot easily adapt to the changed requirements - for example, because the autopilot in the brain is playing old routines.

The researchers are currently evaluating the results of the experiments. "But we can already see that our method works," says Arnulf Schüffler happily. "We can actually measure intentional forgetting." The data also show that, for example, a changed team increases the forgetting error. This is highly relevant in practice: Those who have to adapt to changed production processes should not be confronted with unknown colleagues at the same time. "The newly assembled teams are additionally unsettled, have much longer production times and make more mistakes," summarises Schüffler. Moreover, this test group is particularly bad at forgetting the old behaviour routines.

The priority programme will now enter its second phase, in which the researchers will leave the laboratories and go to the factories. Under practical conditions, the research results will be applied and changes in production will be consciously designed. "The industry has already become aware of us in some places," says Arnulf Schüffler. "A lot is happening right now, the dynamics in the companies are great. This trend is likely to intensify in the coming years. Because digitalisation has only just begun.